learn first to listen_
for what passion

Since the eighteenth century, the customary Lands of sovereign Esopus-speaking Munsee (since removal: Stockbridge-Munsee) and Oneida and neighboring Nations have been colonized by European settlers. The colonizers, who renamed them as towns and regions of the Catskills, include my family members from Wales, Ireland, and England. My ancestors also contributed to impoverishing this earth and future generations, including myself, via practicing unsustainable farming practices. My family legacy also includes the popular post-Civil War naturalist-writer John Burroughs (1837-1921) of Roxbury, New York. For the sake of decolonization, I have been re-visiting the power of Burroughs’s national (u.s.) platform and wide-reaching literary “place-based” and “nature-writing” influences. Burroughs’s many popular books and journal articles, with large-heartedness, encouraged settlers to become intimate home-lovers. Yet, the new-rooting that Burroughs espoused was in stolen Lands. Acts of his rhetoric helped de-humanize and erase, thus support, past, present, and future Indigenous removals and genocide.

One pressing question raised in The Common Pot: The Recovery of Native Spaces in the Northeast by Abenaki writer and scholar Lisa Brooks is: What happens when John Burroughs’s legacy, my family’s legacy, for instance, becomes part of rather than the center of a place-based story? 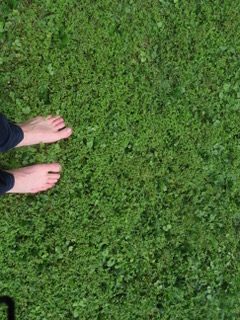 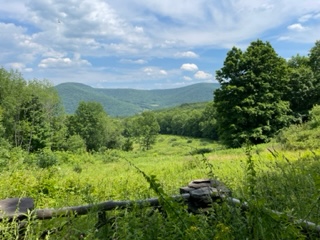 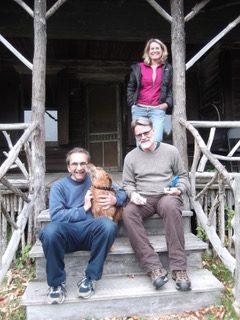 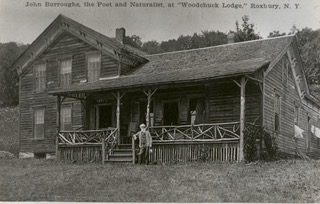 Here is a rough draft of a related essay (PDF)

John Burroughs spent his last summers, 1911-1920, in an 1860s farmhouse built by his brother, Curtis, my great grand-father. John Burroughs named the house “Woodchuck Lodge”—now a U.S. National Historic Landmark situated within the cultural area of Stockbridge-Munsee. From birth, this place also is home to me. This house and Land shaped my childhood. And, for most of my adult life, I have served on the board of Woodchuck Lodge, Inc (now, John Burroughs’s Woodchuck Lodge), a not-for-profit that my parents co-founded. I have served in roles including family board member, vice president and president. 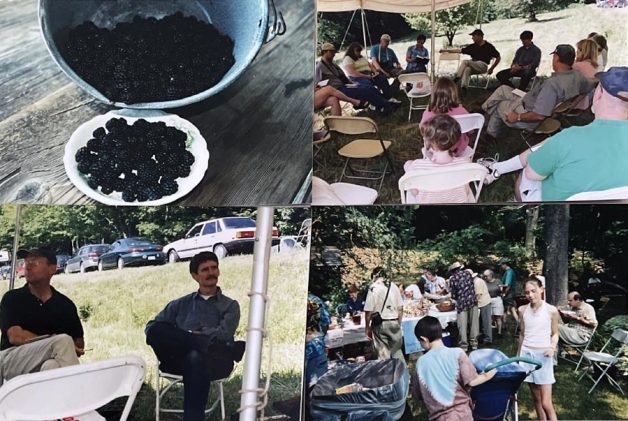 I recognize that the work of re/attuning the relevance of such a public-serving institution, including its history-telling, to be perpetual. To be relevant and of good use, organizational purposes need to be perpetually re/grounded in social responsibility, which is inseparable from Land responsibility.

As a consequence of two years of discussion, before I resigned from the board in January 2022, at the request of the board, I drafted short texts for new interpretive panels, which I share here:

The board and I also collaborated to extend a speaking invitation to Heather Bruegl, historian-activist, lecturer, museum consultant, and Oneida citizen and Stockbridge-Munsee descendant. It was amazing to host her on July 2, 2022. Here is a brief summary. I hope to continue working with the John Burroughs Woodchuck Lodge board and others to support further and deepening spaces for anti-race/ist and decolonizing un/learning and actions. I look forward to supporting more intentional gatherings, inviting leadership by Indigenous experts, to come. 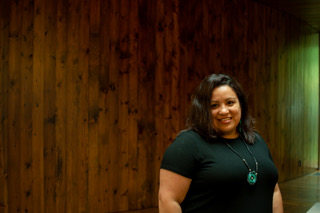 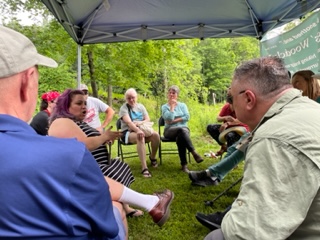 With gratitude, I acknowledge the educational labors of many Black, Brown, and Indigenous persons, particularly Alaska Native women, as well as non-Native people encouraging me on the way to becoming a better relation in decolonization and abolitionist work.

I acknowledge the Peoples & Lands in which much of this work has been happening: Throughout the unceded territories of the Indigenous Peoples of Alaska, particularly, the traditional territories of the lower Tanana Dene Peoples and the Dena’ina Peoples and of the place I now live and work as a grateful visitor in Lingít Aaní occupied by Juneau, Alaska. I acknowledge and honor the ancestral & present land stewardship and place-based knowledge of the peoples of these territories. 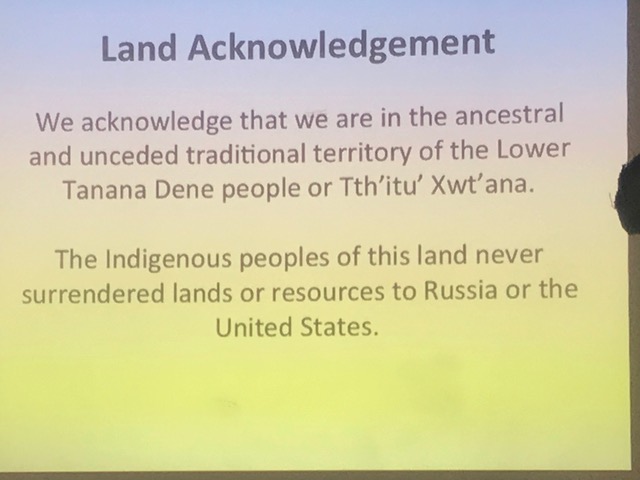 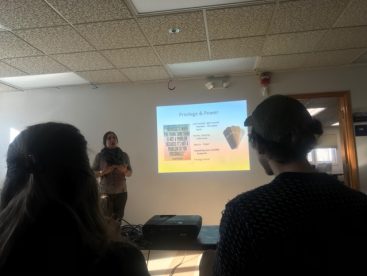 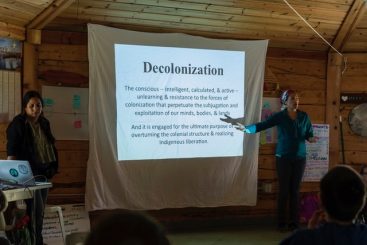 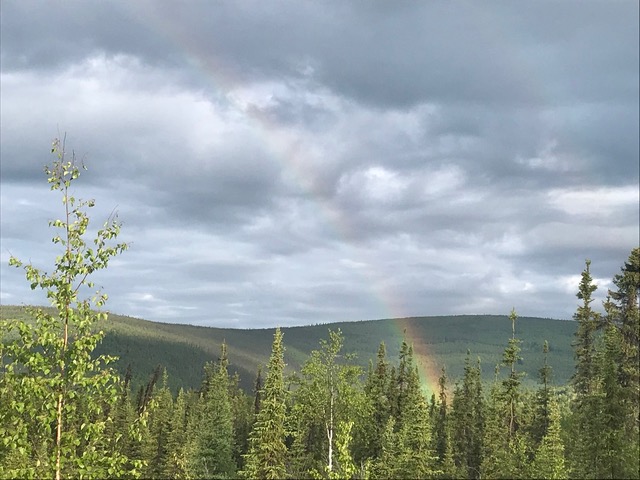 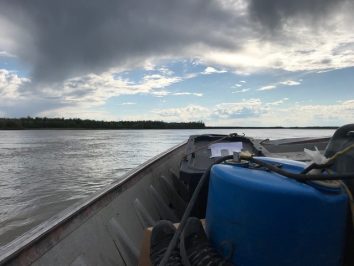 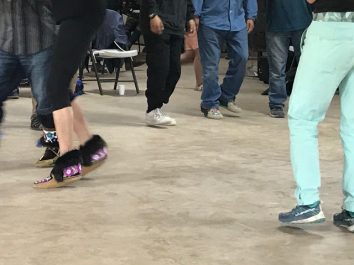 Here is a story of how I experienced it.

Here is a story of how I experienced it 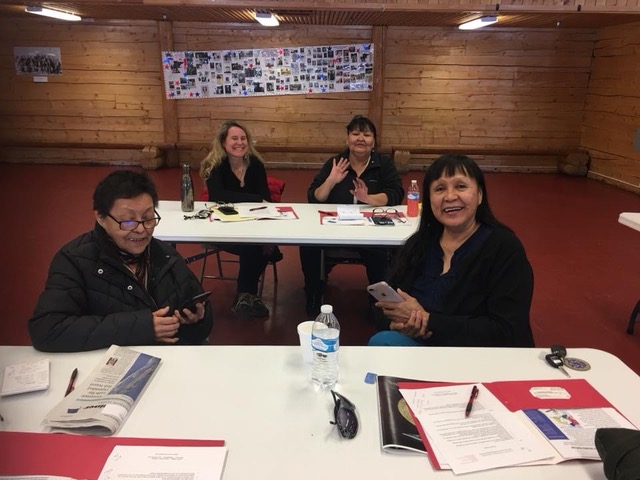 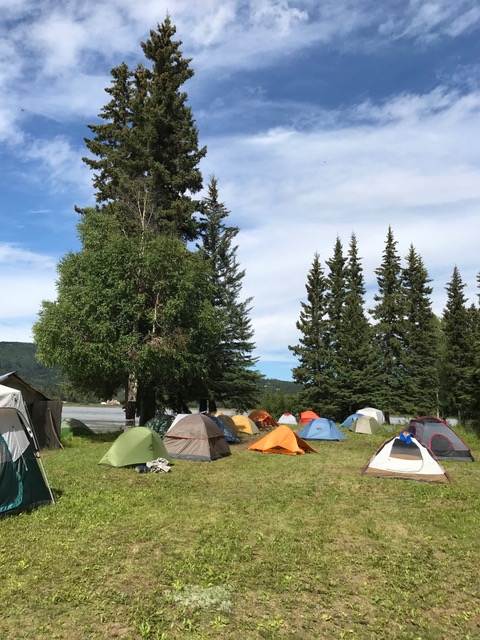 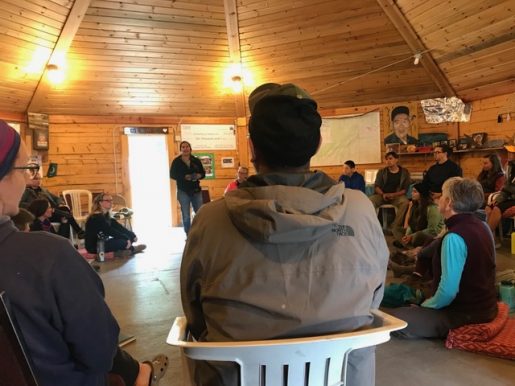 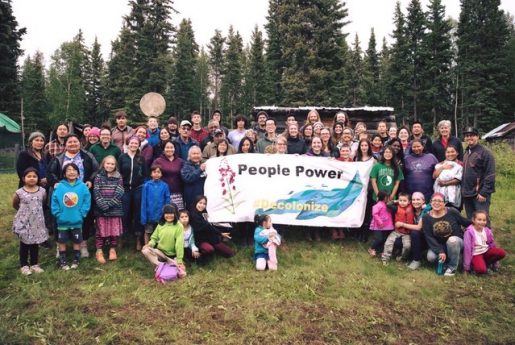 At the Summer 2018 Northern Organizer Summit Art-In-Action Camp at the Howard Luke Gaalee’ya Spirit Camp on the banks of the Tanana River outside of Fairbanks, AK

iii. in the arctic:
climate coalition ࿓ keep it in the ground

As Fairbanks Climate Action Coalition council member and Keep It In the Ground co-facilitator (2017-2019), collaborations in peaceful, non-violent actions, especially as invited ally with Gwich’in Steering Committee in defense of Iizhik Gwats’an Gwandaii Goodlit Sacred Place Where Life Begins. (In U.S. federal terms, the 10-02 area of the Arctic Refuge). 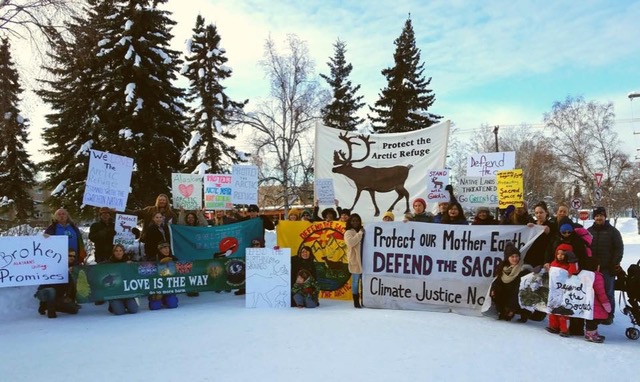 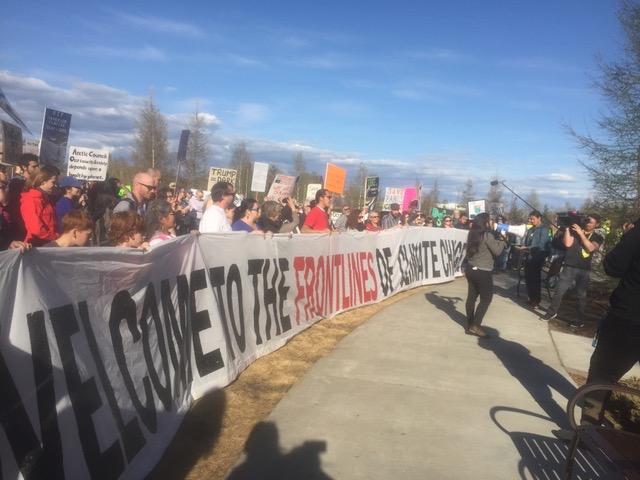 Here are writings from a campaign I co-organized-30 Days of Alliance for 30 Years of Self-defense, A BLM EIS Scoping Period comment writing campaign (5-15-18 to 6-13-18) 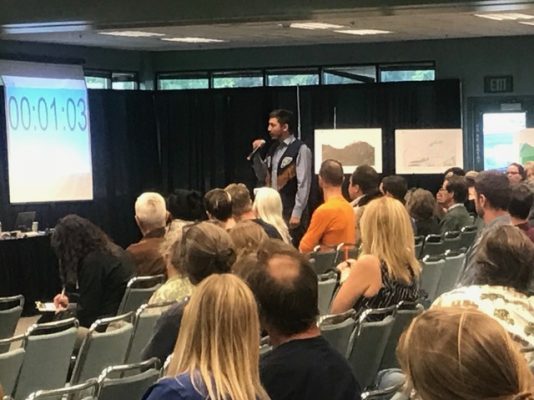 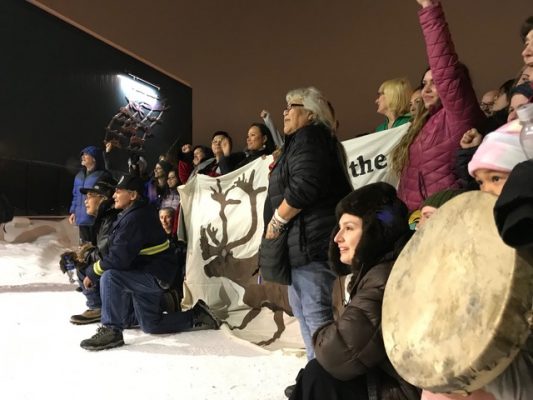 The Northern Alaska Environmental Center, in 2018, honored me with an “Activist of the Year Award”
. 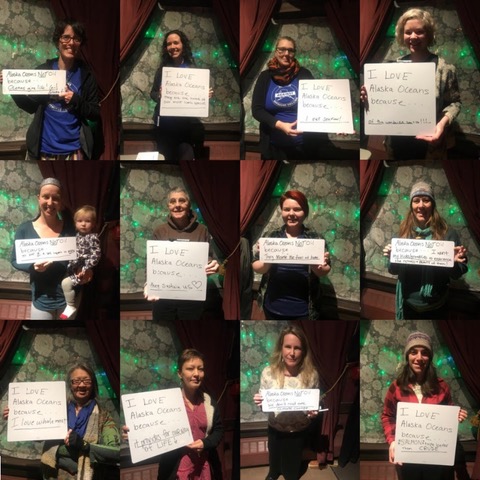 Here is a dope zine 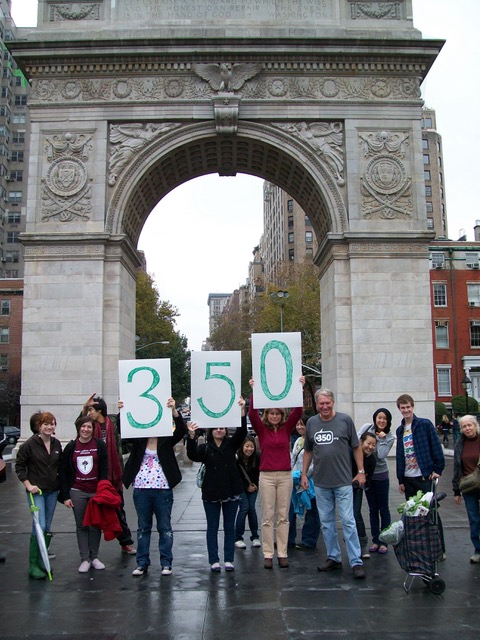 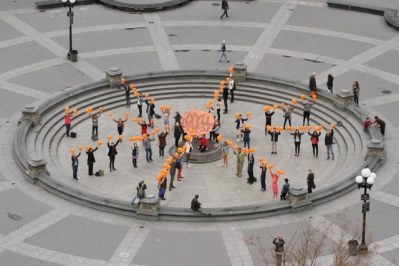 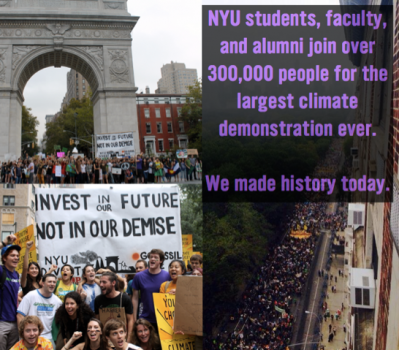 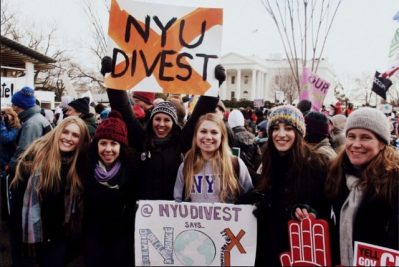 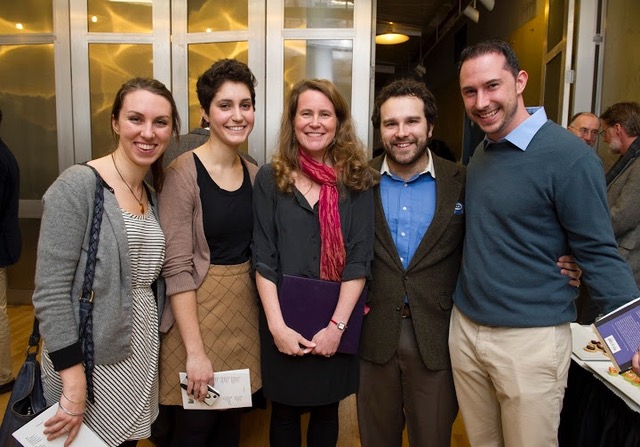 As inspired by 350.org from its origins in “Step it Up” : Here is one story about how I first experienced the movement 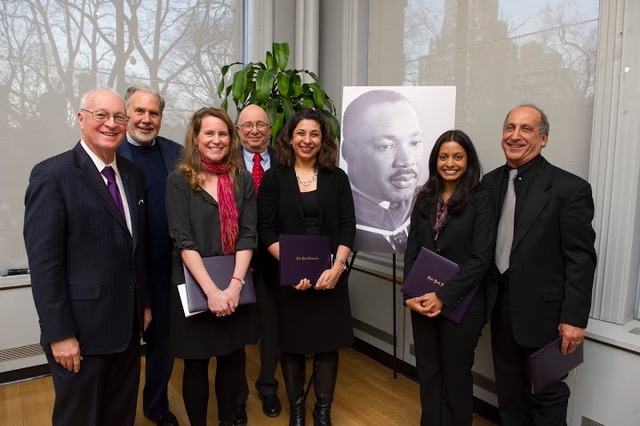 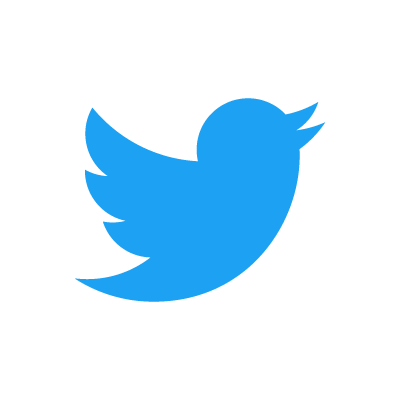